John Phillip Reid is the author of two books on early American judges in addition to two on Cherokee law, most recently A Better Kind of Hatchet (Penn State, 1976). Professor of law at New York University, he is a graduate of Georgetown and Harvard Law. 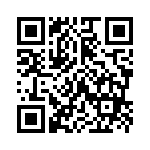