Page 53
Unnoticed by the public, however, thousands of barrels with residue of chemical
production in various industrial nations have been dumped in the ocean. In 1968,
14,000 t of waste matter from pesticide plants on the Mississippi were dumped ...
Page 66
That is the case with London's sludge, 5 million m3 of which are annually
dumped in the mouth of the Thames, and with the sludge from the Manchester-
Liverpool area, about 0.6 million m3 in 1971, with about 40,000 t of dry material
per year, ...
Page 113
Quantities of radioactive wastes, originating mostly from nuclear research centers
in Belgium, France, Federal Republic of Germany, Italy, the Netherlands, Sweden
, Switzerland, and the United Kingdom, which have been dumped into the ... 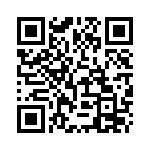