Roland Hill was born in Hamburg in 1920 into a wealthy family of Jewish descent. In 1933 the family fled Nazi persecution, moving to Prague, Vienna and Milan before Roland Hill eventually came to London. After serving in the British army during the war and studying at the University of London Hill enjoyed a successful career as a journalist, working for both the Tablet and as London Correspondent for the Frankfurter Allgemeine Zeitung. 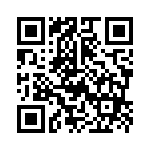