This was a challenge. I kept putting it aside after reading a few pages, picking it up and digesting a bit more, until about six years ago when I tucked it in my night stand for what I thought would ... Read full review

The author attempts to kindly encourage religious people as well as non-religious people to read his book. He spends a great deal of time trying to be pleasant and thoughtful of those who are ... Read full review

Daniel C. Dennett is a professor and director of the Center for Cognitive Studies at Tufts University. His many books include Darwin's Dangerous Idea and, most recently, Freedom Evolves. 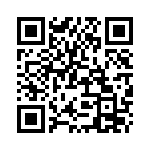