Page 701
In one battle , however , " the Battle of the Nations , " we are told that 12,000 ,000 cartridges were used on the side of the Allies , together with 179,000 gun charges , and that these killed or wounded 48,000 men on the French side .
Page 852
Professor Putnam , of Harvard University , records the case of a man , thirty years of age , Ł whose entire left side of the brain ( excepting the posterior lobe and lower portions of the frontal and temporal lobes ) was destroyed by a ...
Page
The North Side Commercial Club was organized for the purpose of promoting the welfare and social intercourse of this rapidly growing section . For years before the effecting of the organization last April there had been an underground ...

27 other sections not shown 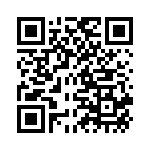