Patrick D. Hopkins is Assistant Professor of Philosophy at Ripon College. He is co-editor (with Larry May and Robert Strikwerda) of Rethinking Masculinity: Philosophical Explorations in Light of Feminism. He is currently working on a book that is provisionally titled, Un/Natural: "Nature," "Culture," and Technology in Moral and Political Discourse. 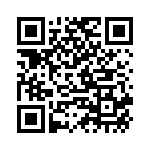