William D. Gann (1878 to 1955) was an outstanding stock and commodities trader. He was also a prolific teacher of how to make speculation a profitable profession, writing some seven books and producing two courses on trading the stock and commodity markets. However Gann's superlative skill was his ability to forecast accurately the stock and commodity markets.
Gann apparently did not disclose his precise forecasting method to anyone. Moreover, since Gann's death in 1955, no-one has been able to discover or to replicate his forecasting method. Gann did however state that he discovered his forecasting method (in 1908) after closely examining the stock and commodity markets for over ten years. Gann also stated that his forecasting method was based upon natural law and that he had found corroboration for his forecasting method in the Bible.
Gann wrote a semi-autobiographical novel entitled "The Tunnel Thru The Air" in 1927. The central character in this novel is Robert Gordon, who is loosely based on Gann himself. In this novel Gann wrote: "Robert remained a few days longer at Silver Springs. Enjoyed being with Lady Bersford and told her of his understanding of the Bible and natural laws. She said that the pure, clean life he had led was what had brought him in contact with the spirits that had revealed to him the truth" (page 265).
It is therefore important to note that Gann questioned how he alone had come to understand the fundamental principles governing the financial markets. Gann concluded that he had gained this knowledge of natural law, as applied to the financial markets, because of his pure, clean lifestyle. More specifically, it appears Gann believed that his pure, clean, religious and spiritual life had raised his consciousness and, as a consequence, he was able to discover the fundamental principles, or natural laws, governing financial markets.
In 1943 (at the age of 65) Gann started writing "The Magic Word", which he eventually completed in 1950. Gann's principal aim in writing this book was apparently to encourage his readers to lead a similarly pure, clean, religious and spiritual life that he himself had led. More specifically, in the foreword, Gann wrote: "My objective in writing The Magic Word is to show others the way to use and obey God's divine law and thus help them to bring out their latent talents and their God-given powers, for that is the only way they can realize health, happiness and prosperity".
Thus Gann was encouraging his readers to lead a similarly pure, clean, religious and spiritual life that he himself had led in order that they might raise their consciousness and receive the spiritual benefits that he himself had received.
Therefore we may conclude that Gann's book "The Magic Word" is essentially a book on yoga (which literally means "union with the divine"). However most conventional yoga books are based on ancient Indian teachings with the overall objective of raising the consciousness of the individual. Gann's book "The Magic Word" has exactly the same objective of raising the consciousness of the individual. It is however based on western religious teachings, notably the Bible, rather than ancient Indian teachings.
As stated above, since Gann's death in 1955, no-one has been able to discover or to replicate Gann's precise method of forecasting the financial markets. This may well be due to the fact that no-one in this field has a sufficiently high level of consciousness to be able to have the profound insights into the financial markets that Gann himself was able to have. Therefore the practise of yoga, whether conventional eastern yoga or western yoga as set out in Gann's book "The Magic Word", would appear to be important to any serious student of Gann.
Finally it is important to note that serious Gann students should purchase the original version of Gann's "The Magic Word"; and not any "revised" editions. 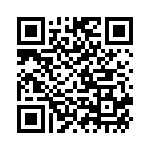