Page 12
This favourable change in the agricultural condition of the empire appears to
have arisen chiefly from the introduction of machinery, the improvement of roads,
and more recently from the introduction of railways. Agricultural machines have ...
Page 13
favourable climate, a moderate but not too dense population, a convenient
access to the sea, or facilities for transport by great rivers ; for railways, if of great
extent, unduly increase the cost of carriage. These conditions are found in Austria
, ...
Page 14
The commercial importance of the mouths of the Danube is, however,
considerably diminished since the completion of a short railway of 40 miles,
which connects the port of Tchernavoda, on a bend of the Danube which
approaches nearest to ...
Page 16
... borough, it was stated that Count Edmund Zichy, whose wheat always obtains
the preference in foreign markets, had offered to sell the whole of his crops for a
period of five years for 33*. per quarter, delivered at the railway station. There is ...
Page 17
Hungary is rich in oak timber, much of which is well adapted for shipbuilding ;
and whenever the port of Fiume is connected by railway with the interior, the
export of one of the most important staples of the country will doubtless be largely
...
Next » 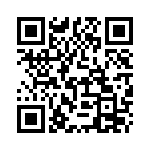