Arthur Goldhammer is the translator for numerous books including Neoconservatism: The Biography of a Movement, Algerian Chronicles, The Society of Equals, and Capital in the Twenty-First Century. He received the French-American Translation Prize in 1990 for his translation of A Critical Dictionary of the French Revolution.

Until his death, Georges Dumezil was the guiding light of the study of Indo-European civilizations. He taught at the College de France for many years, directed the Section des Sciences Religieuses of the Ecole des Hautes Etudes of the Sorbonne, and by the time he was elected to the Academie Francais in the fall of 1978, Dumezil had extended his influence worldwide. In essence, Dumezil's work effects a "paradigm shift" in the study of Indo-European mythology. Earlier scholars worked from a narrowly philological paradigm. Dumezil supplemented this approach with insights derived from functionalist sociology. His concern was not with isolated pieces but with systems. At its simplest, his basic idea is that Indo-European peoples share a "tripartite ideology"; they tend to think in specific groups of three. Dumezil postulated that initially Indo-European society was arranged hierarchically into three distinct groups: priests, warriors, and herder-cultivators. Corresponding to each group was a specific function: sovereignty, physical (primarily military) prowess, and sustenance. Furthermore, each group was represented collectively by gods and goddesses who shared its function. The hierarchical division of society has been preserved only in India (the upper three varnas, or classes), but its effects are widespread in the mythologies and religions of Indo-European peoples, and occasionally, as at Rome, in their accounts of their histories as well. Some scholars have always disputed Dumezil's theories. The most notable, recent critic has been British archaeological theorist Colin Renfrew. In the last few years, Dumezil, like many of his generation, has also been criticized for his politics. 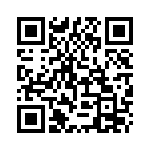