Page 113
(1972); for France, marcel aubert. La Sculpture francaise au moyen age (1947);
and for Italy, john pope-hennessy, Italian Gothic Sculpture, 2nd ed. (1972).
Renaissance: There are numerous general books on Renaissance art, especially
on ...
Page 435
Hungary, Italy, and The Netherlands and a year in France, West Germany,
Luxembourg, and the United Kingdom; in Belgium benefits can be continued
indefinitely. In many, but not all, countries the unemployed can claim social
assistance ...
Page 460
During the 1890s, especially in France, Anarchism was adopted as a philosophy
by avant-garde painters and writers. Gustave Courbet had already been a
disciple of Proudhon; among those who in the 1890s accepted an Anarchist ...

31 other sections not shown 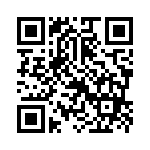