There's a set of great software patterns in here, waiting to get out. Digressions, namedropping, a very particular history of OO get in their way. Wait for the 2nd ed. Read full review

James O. Coplien is a writer, lecturer, and researcher in the field of Computer Science. He has made key contributions in the areas of software design and organizational development, software debugging, and in empirical research. His early work on C++ idioms was one of the three primary sources of the popular Design Patterns. His work on Organizational patterns was an inspiration for both Extreme Programming and for Scrum. Cope was a founding Member of Hillside Group with Kent Beck, Grady Booch, Ward Cunningham, Ralph Johnson, Ken Auer and Hal Hildebrand. He is responsible for starting up several of the conferences in the Pattern Languages of Programming (PLoP) conference series and is a longstanding pattern author and PLoP shepherd.

Gertrud Bjornvig is an experienced software consultant and trainer and has been in software development since 1984. She's been working on development teams as a developer, analyst, and project manager, and has had cross-organizational roles as methodologist and process consultant. Her background is in object-oriented development, including extensive work with UML and RUP. Gertrud has been employed by Enator, Navision, Microsoft, and TietoEnator, but since June 2007 she has been independent as a part of Gertrud & Cope.
Gertrud holds a Master in Computer Science and Communication and is one of the founders of Danish Agile User Group. 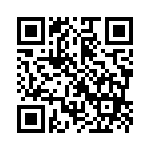