The state of democratic theory

In this comprehensive and intelligent survey of democratic theory, Shapiro argues that the goal of democracy should not be to achieve a"common good," but rather to manage the"power relations to ... Read full review

Ian Shapirois Sterling Professor of Political Science at Yale University, where he also serves as Henry R. Luce Director of the Yale Center for International and Area Studies. Among his many books are The Flight from Reality in the Human Sciences and, with Michael J. Graetz, Death by a Thousand Cuts (both Princeton); and The Moral Foundations of Politics. 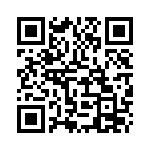