Page 91
Did drug use, licit and illicit, rise, decline, or remain stable between 1979 and the
mid-1980s? The answer is, although it depends on the drug, for most drugs, the
trend is clearly downward. For marijuana use, the three measures of use for ...
Page 125
For young adults age 18 to 25, the decline was less substantial, from 95 to 93
percent and from 76 to 72 percent respectively. For older adults, there was a
decline in the "ever" statistic, from 92 to 89 percent, but the proportion drinking
within ...
Page 126
The same systematic tendency toward a decline prevailed for use, and, other
studies indicate, the same pattern holds for the country generally (Kolbert, 1987).
The most important reason for the decline in the consumption of absolute alcohol,
... 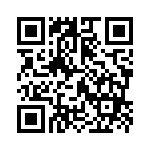