Weaves a number of things together in coming up with an interesting theory for why people don't vote rationally. Education/Ignorance, low cost of voting the wrong way, emotion-driven biases against ... Read full review

The uneducated voter has an anti-market bias inasmuch as he is less pro market than the educated and the economists are (even when discounting those rabidly pro-market fellows over at the Mises ... Read full review

Bryan Caplan is associate professor of economics at George Mason University. He is the coeditor of the Weblog EconLog. 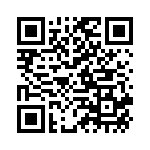