Page 3 - Nor skill'd nor studious, higher argument "Remains ; sufficient of itself to raise That name, unless an age too late, or cold Climate, or years damp my intended wing Depress'd ; and much they may, if all be mine, Not hers, who brings it nightly to my ear.
Appears in 288 books from 1711-2008

Balachandra Rajan is a professor emeritus in the Department of English at the University of Western Ontario. 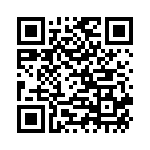