Page 15
If you replace the word "substance" with the word "technology," the definition
would stand as a fundamental principle of media ecology: A medium is a
technology within which a culture grows; that is to say, it gives form to a culture's
politics, ...
Page 81
In particular, media ecology scholars such as Marshall McLuhan (1969; McLuhan
& Fiore, 1968), Eric McLuhan (1997), and Donald Theall (1995, 1997) have cited
and studied lames Joyce, with particular attention given to the word play in ...
Page 116
In other words, they tend not to use abstract, global categories in their thought
and perception, instead focusing on the particular, on concrete details.7 In
somewhat different ways, concreteness is a characteristic associated with the
mental ...

Lance State takes the reader on a journey through the interdisciplinary, communication-centered field of media ecology, they study of media as environments, a field that encompasses the study of ... Read full review

22 other sections not shown 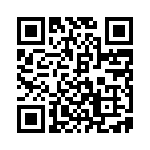