Page 94
I sed , “ Do ' e call that reysonable , young ' ooman ? ' cause I bain ' t a - gwain to
pay thirteen shillin ' s vor ' t , an ' lose me train , an ' disappoint Sairy Jane .
Thirteen shillin ' s vor two or dree sausingers , a few slices o ' bread an ' butter ,
an ' a ...
Page 122
Not long ago a bold young cub spent some time in breaking open the lid of one of
the coops , in which were some late pheasants . He actually forced the wire
netting from the roof of the coop , although it was firmly nailed to the woodwork .
Page 404
These being produced , an impromptu band was formed : young Peregrine
seized the bassoon , the carter took the clarionet , the shepherd the French horn ,
the cowman the trombone , and , seated at the piano , I myself conducted the ... 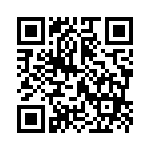