Page 240
More nationalistically inclined Japanese may , however , consider the ' flexibility'
of Japanese thought a virtue . Prime Minister Nakasone appeared proud of it
when , in an interview on national television in August 1984 , he implied that it
has ...
Page 455
281 . 5 Thomas P. Rohlen , Japan's High Schools , University of California Press ,
1983 , p . 268 . 6 Maruyama Masao , Japanese thought , reprinted in Journal of
Social and Political Ideas in Japan , April 1964 , p . 42 . 7 Rohlen , High Schools
...
Page 457
24 Ogyu Sorai is an interesting subject of debate among historians of Tokugawa
thought . He appeared to condone dishonest manipulation by the ruler as long as
this served to achieve the moral purposes of the Confucian Way . Maruyama ... 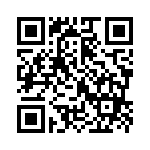