An Appeal in Favor of That Class of Americans Called Africans

Published in 1833 and 1808, respectively, these volumes were among the earliest examples of abolitionist literature. Child presents a full-scale analysis of slavery in historical, political, economic ... Read full review

Lydia Maria Child was born in Medford, Massachusetts on February 11, 1802. She was educated at home, at a local dame school, and at a nearby women's seminary. Her first novel, Hobomok, was published in 1824. Her other novels include The Rebels or Boston before the Revolution, The First Settlers, Philothea, and Romance of the Republic. She wrote advice books including The Frugal Housewife, The Mother's Book, The Little Girl's Own Book, and The Freedmen's Book. She was an abolitionist, women's rights activist, and Indian rights advocate. She wrote books about these causes including An Appeal in Favor of That Class of Americans Called Africans, Anti-Slavery Catechism, and An Appeal for the Indians. She was also the author of Over the River and Through the Wood (A Boy's Thanksgiving Day). She died on October 20, 1880. 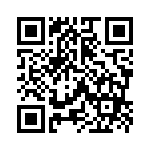