John Locke's works of political and social philosophy, written in the 17th century, have strongly influenced intellectuals ever since - including the founders of the United States of America. Born in 1632 in Wrington, England, Locke studied at Christ Church, Oxford, where he earned his B.A. and M.A. degrees in the late 1650's. He also studied medicine and earned a medical license. His studies led to an interest in contemporary philosophers influenced by science, such as Rene Descartes. Locke read widely among them while teaching at Christ Church over the next few years. In 1667, Locke became personal physician and adviser to Anthony Ashley Cooper, who later was appointed Earl of Shaftesbury. Through Shaftesbury's patronage, Locke earned some government posts and entered London's intellectual circles, all the while writing philosophy. He was one of the best-known European thinkers of his time when he died in 1704. In An Essay Concerning Human Understanding (1690), Locke established the philosophy of empiricism, which holds that the mind at birth is a blank tablet. Experience, Locke believed, would engrave itself upon the tablet as one grew. He felt humans should create theories according to experience and test them with experiments. This philosophy helped establish the scientific method. Locke codified the principals of liberalism in "Two Treatises of Government" (1690). He emphasized that the state must preserve its citizens' natural rights to life, liberty and property. When the state does not, Locke argued, citizens are justified in rebelling. His view of liberalism comprised limited government, featuring elected representation and legislative checks and balances. While a Christian, Locke believed in absolute separation of church and state, and he urged toleration of those whose religious views differed from the majorities. 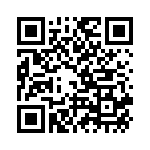