Page iii
... but spoken by holy men as they were moved by the HOLY GHOST , contain the
words of GOD'S SPIRIT taught to the souls of his servants , when they were
exercised with the most intense experiences , whether of conviction , penitence ,
and ...
Page iv
And if they contain not the narrative of Messiah's birth , and life , and death ; or
the labours of his apostolic servants , and the strugglings of his infant church , as
these are written in the books of the New Testament ; where , in the whole ...
Page xiv
... a servant ; that by toil , and servitude , and suffering , and death , he might
purchase her love . Making request unto his Father , thus— " Sacrifice and
offering thou wouldest not , but a body hast thou prepared me ; mine ears hast
thou bored .
Page xxv
The Lord did not intend that his church should be without a rule for uttering its
gladness and its glory , its lamentation and its grief ; and to bring such a rule and
institute into being , he raised up his servant David , as formerly he raised up ...
Page 8
So prayeth , my dear friend , Your affectionate friend and servant , G. NORWICH .
This year the good prelate published the “ Charge to the Clergy of his Diocess ; "
which , on account of the declining state of his health , he had been prevented ...
Next »

Page 39 - For of a truth, against thy holy child Jesus, whom thou hast anointed, both Herod and Pontius Pilate, with the Gentiles and the people of Israel, were gathered together, for to do whatsoever thy hand and thy counsel determined before to be done.
Appears in 920 books from 1654-2008
Page 103 - All they that see me laugh me to scorn: they shoot out the lip, they shake the head, saying, He trusted on the Lord that he would deliver him: let him deliver him, seeing he delighted in him.
Appears in 725 books from 1805-2008
More
Page 56 - ... thou hast put all things in subjection under his feet. For in that he put all in subjection under him, he left nothing that is not put under him. But now we see not yet all things put under him. But we see Jesus, who was made a little lower than the angels for the suffering of death, crowned with glory and honour ; that he by the grace of God should taste death for every man.
Appears in 729 books from 1181-2008
Page 379 - Ye men of Israel, hear these words : Jesus of Nazareth, a man approved of God among you by miracles and wonders and signs, which God did by him in the midst of you, as ye yourselves also know: Him, being delivered by the determinate counsel and foreknowledge of God, ye have taken, and by wicked hands have crucified and slain...
Appears in 848 books from 1698-2008
Page 51 - As many were astonied at thee, (his visage was so marred more than any man, and his form more than the sons of men) so shall he sprinkle many nations ; the kings shall shut their mouths at him : for that which had not been told them shall they see ; and that which they had not heard shall they consider.
Appears in 678 books from 1801-2008
Page 211 - And in that day there shall be a root of Jesse, which shall stand for an ensign of the people ; to it shall the Gentiles seek : and his rest shall be glorious.
Appears in 889 books from 1611-2008
Page 180 - Beautiful for situation, the joy of the whole earth, is mount Zion, on the sides of the north, the city of the great King.
Appears in 602 books from 1806-2008
Page 106 - For both he that sanctifieth and they who are sanctified are all of one ; for which cause he is not ashamed to call them brethren...
Appears in 637 books from 1799-2008
Page 248 - Cast me not off in the time of old age; forsake me not when my strength faileth.
Appears in 441 books from 1808-2008
Page 46 - Thou hast put gladness in my heart, more than in the time that their corn and their wine increased. I will both lay me down in peace, and sleep: for thou, Lord, only makest me dwell in safety.
Appears in 599 books from 1803-2008
Less 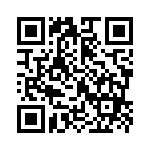