Page 24
Collection of Mr. and Mrs. Charles B. Wrightsman ; photograph , the Metropolitan Museum of Art , New York gan around the turn of the 18th century and became very Rummy Games popular ; early examples have crude floral , geometric , or ...
Page 114
By the early 1970s , the Saar had a population of approximately 1,130,000 , or about 2 percent of the national total , although the average density of 439 inhabitants per square mile was almost double the national average .
Page 898
The early hand cannon and wheel- fired a round , it went through successive unlocking , exlock pistols for cavalry were succeeded by flintlock and tracting , ejecting , reloading , and relocking . 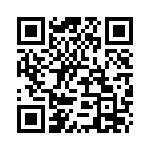