Page 185
One of the smaller Chinese provinces, Fukien has an area of 47,500 square
miles (123,100 square kilometres). Its capital and largest city is Fu-chou ("Happy
City"). The name of the province. Fukien, means "Happy Establishment.
Page 186
About one-fifth of Fukien's population lives in cities and towns, the rest in rural
areas. Population densities are lowest in the mountain uplands, increase in the
river valleys, and are highest on the coastal plains and estuaries near Amoy, ...
Page 187
Fukien centred on Fu-chou, was an early centre of Buddhism and, because of
close contact with Japanese culture through the ... In contrast, the Min-nan, or
southern Fukien, centred on the Amoy-Chang-chou-Ch'uan-chou triangle, has
the ... 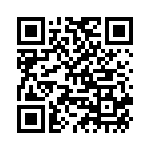