Page
... under (his) cloak" (72, italics mine) (the phallic connotations of which Derrida
explores at length in The Post Card) . ... Philosophy, algebra, symbolic logic,
alphabetic literacy and the dissemination of knowledge it engendered, ... Writing
allows the abstraction of components as well as backward scanning, creating a "
different cognitive potentiality for human beings than communication by word of
mouth ...
Page
Lanier's notion of "post-symbolic communication" is an attempt to liberate
communication from the detour of the sign, to create a visual language of
immediacy, "of utter power and eloquence". Post-symbolic communication,
according to Lanier, ...
Page
... in that it is not a new thing at all but a return or recursion to an earlier form of
symbolic discourse, i.e. print" (Moulthrop, 1991, section 18). ... As Donald Theall
has suggested, A post-mass-mediated world is emerging in which it is relatively
meaningless to speak of media, ... Users are placed directly in the centre of the
drama of communication, in which language becomes one central, but
subordinate, ...

Darren Tofts is Chair of Media and Communications at Swinburne University of Technology, Melbourne. 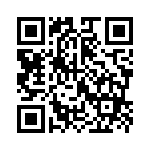