Page xxv
... Auerbach the great book he wrote was an elegy for a period when people could interpret texts philologically, concretely, sensitively, and intuitively, ...
Page xxix
Texts have to be read as texts that were produced and live on in the historical realm in all sorts ...
Page 4
... the Biblical texts and the Biblical lands, the spice trade, colonial armies and a long tradition of colonial administrators, a formidable scholarly ...
Page 12
It is rather a distribution of geopolitical awareness into aesthetic, scholarly, economic, sociological, historical, and philological texts; ...
Page 13
Most humanistic scholars are, I think, perfectly happy with the notion that texts exist in contexts, that there is such a thing as intertextuality, ...
Next » 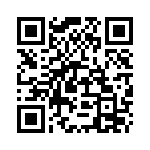