Page 110
Needless to say , politicians often prefer higher taxes to cuts in spending . Thus
many LDCs now have extremely high tax rates , which discourage work effort ,
saving , entrepreneurship , enterprise , and many other things desperately
needed ...
Page 111
... into account the important differences between an advanced industrial country
, which may well be able to afford a heavier burden of taxation , and the status of
a developing nation desperately in need of work , savings , and investment .
Page 238
Taxation , ” in Hugh Patrick and Henry Rosovsky , eds . , Asia ' s New Giant : How
the Japanese Economy Works , 317 – 82 . Washington , DC : Brookings Institute .
Peden , G . C . 1988 . Keynes , the Treasury and British Economic Policy .

MARK SKOUSEN is Adjunct Professor of Economics and Finance at Rollins College in Florida and editor of Forecasts and Strategies, an investment newsletter. Dr. Skousen is the author of several books, including The Complete Guide to Financial Privacy (1983), The Structure of Production (1990), and Economics on Trial (1991). 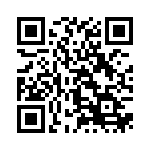