Page 250
Platform ( Aptian - Albían inundation ) Platform ( Early and Late Cretaceous inundation ) Platform ( Neocomian inundation ) Land and sea distribution in the Cretaceous Period . Plants Minoan Bronze Age civilizati Limited surfacewater ...
Page 406
Early Cypriot kingship The Latin kingdom Venetian rule World War I Cyrus '. conditions are examined in the Household Survey ... Cyprus , History of The earliest remains so far discovered in Cyprus belong to the Late Neolithic Period .
Page 564
While de Kooning had painted women regularly in the early 1940s and aga from 1947 to 1949 , and while the biomorphic shapes of his early abstractions can be interpreted as female symbols , it was not until 1950 that he began to explore ... 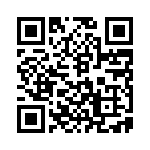