Page 62
The ten tribés separated from the tribe of Judah , and went off into idolatry , in
which they have continued to the pre . . sent day . The seed was from that time
perpetuated peculiarly in the tribe of Judah . “ In Judah God was known . He
refused ...
Page 137
The only question which it is of im . portance for us to resolve , is , whether they
continued , through the period now under consideration , to maintain , in fact ,
their distinctive character , as the Church of God . It is said , that , whatever may
have ...
Page 138
... all human opinions , which are not in conformity to it , are certainly erroneous . .
After every allowance to their disadvantage , we still insist , that they continued to
maintain their relation and character , in contradistinction to all other societies ...
Page 140
That the religious character of Israel , as a conmunity , was continued , is evident ,
from the numer . ous expressions of endearment , which are interspersed in the
sacred books of the Old Testament . Thus , in the xliii . chapter of Isaiah , 4th ...
Page 143
... whom the society was continued . Thus in the 6th chap . of Isaiah , after
mentioning the reprobation of the refractory part of Israel , who , with respect to
the period of which the prophet speaks , would seem to have been a majority , he
adds ...
Next »

Page 133 - The law of the Lord is perfect, converting the soul: The testimony of the Lord is sure, making wise the simple. The. statutes of the Lord are right, rejoicing the heart: The commandment of the Lord is pure, enlightening the eyes. The fear of the Lord is clean, enduring forever: The judgments of the Lord are true and righteous altogether.
Appears in 839 books from 1764-2008
Page 249 - Then he called for a light, and sprang in, and came trembling, and fell down before Paul and Silas, and brought them out, and said, Sirs, what must I do to be saved? And they said, Believe on the Lord Jesus Christ, and thou shalt be saved, and thy house.
Appears in 845 books from 1751-2008
More
Page 190 - He said unto them. Have ye received the Holy Ghost since ye believed? And they said unto him, We have not so much as heard whether there be any Holy Ghost.
Appears in 633 books from 1755-2008
Page 188 - The voice of him that crieth in the wilderness, Prepare ye the way of the Lord, Make straight in the desert a highway for our God. Every valley shall be exalted, And every mountain and hill shall be made low: And the crooked shall be made straight, And the rough places plain: And the glory of the Lord shall be revealed, And all flesh shall see it together: For the mouth of the Lord hath spoken it.
Appears in 806 books from 1611-2008
Page 59 - Unto you therefore which believe he is precious: but unto them which be disobedient, the stone which the builders disallowed, the same is made the head of the corner, and a stone of stumbling, and a rock of offence, even to them which stumble at the word, being disobedient: whereunto also they were appointed.
Appears in 736 books from 1755-2008
Page 207 - Forasmuch as we have heard, that certain which went out from us have troubled you with words, subverting your souls, saying, Ye must be circumcised, and keep the law: to whom we gave no such commandment...
Appears in 567 books from 1735-2007
Page 17 - Yet it pleased the LORD to bruise him; he hath put him to grief: when thou shalt make his soul an offering for sin, he shall see his seed, he shall prolong his days, and the pleasure of the LORD shall prosper in his hand. He shall see of the travail of his soul, and shall be satisfied: by his knowledge shall my righteous servant justify many, for he shall bear their iniquities.
Appears in 1262 books from 1611-2008
Page 150 - But who may abide the day of his coming? and who shall stand when he appeareth? for he is like a refiner's fire, and like fullers' soap: and he shall sit as a refiner and purifier of silver: and he shall purify the sons of Levi, and purge them as gold and silver, that they may offer unto the Lord an offering in righteousness.
Appears in 1231 books from 1802-2008
Page 32 - This is my covenant which ye shall keep between me and you, and thy seed after thee: Every man child among you shall be circumcised.
Appears in 834 books from 1800-2008
Page 178 - Thus saith the Lord of hosts ; It shall yet come to pass, that there shall come people, and the inhabitants of many cities : and the inhabitants of one city shall go to another, saying, Let us go speedily to pray before the Lord, and to seek the Lord of hosts : I will go also.
Appears in 509 books from 1801-2008
Less 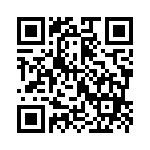