Page 143 - And behold there was a great earthquake ; for the angel of the Lord descended from heaven, and rolled back the stone from the door, and sat upon it. His countenance was like lightning, and his raiment white as snow. And for fear of Him the keepers did shake, and became as dead men.
Appears in 222 books from 1701-2008
Page 144 - And they say unto her; Woman, why weepest thou ? She saith unto them ; Because they have taken away my Lord, and I know not where they have laid him.
Appears in 640 books from 1747-2007
More
Page 144 - And as they were afraid, and bowed down their faces to the earth, they said unto them, Why seek ye the living among the dead? 6 He is not here, but is risen...
Appears in 443 books from 1747-2008
Page 144 - Jesus saith unto her, Woman, why weepest thou? whom seekest thou? She supposing him to be the gardener, saith unto him, Sir if thou have borne him hence, tell me where thou hast laid him, and I will take him away.
Appears in 577 books from 1747-2007
Page 144 - The graves were opened, and many bodies of the saints which slept arose and came out of the graves after his resurrection, and went into the holy city and appeared to many...
Appears in 80 books from 1801-2007
Page vi - Whatsoever that be within us that feels, thinks, desires, and animates, is something celestial, divine, and, consequently, imperishable.
Appears in 16 books from 1877-2007
Page 143 - Peter, James and John to a high mountain, " and was transfigured before them : and his face did shine as the sun, and his raiment was white as the light.
Appears in 4 books from 1977-2007
Page 157 - I do not care how small your performance is, if you are going to do it to the best of your ability, you have got to have these facts before you, before you can buy.
Appears in 5 books from 1921-2007
Page 89 - Practice this exercise once in the morning and once in the evening, if possible.
Appears in 3 books from 2001-2008
Page 70 - The daughter argued that this was the man of her dreams; that she was very much in love; that she wanted to get married and have a home of her own.
Appears in 3 books from 1985-2007
Less

Elizabeth Levy was born and grew up in Buffalo, New York. She attended Brown University, majoring in history. After graduation, Levy went to New York City and worked as a researcher for Howard Cosell at ABC-TV and then for Senator Robert Kennedy. She has been writing for nearly thirty years and has written over 80 books. Levy has won the Georgia State Award, the Maryland State Award and was a Virginia State Award Nominee in 2001 for My Life as a Fifth Grade Comedian, she was on the ABA Pick of the Lists in 2000 for Seventh Grade Tango. Levy also appeared in the New York Public Library 100 Best Books of 1997, was an Arkansas State Award, Runner Up in 1992, was Nominated for the Florida Sunshine State Award, the New Mexico, Land of Enchantment Award, and the Nevada Award, for Keep Ms. Sugarman in the Fourth Grade. She earned a New York Times Outstanding Book of the Year in 1977 for Struggle and Lose, Struggle and Win: The United Mineworkers Story and an Outstanding Science book for Children from the National Science Teachers Association, for Before You Were Three in 1977. 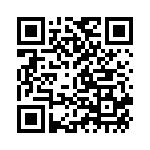