MATTHEW Q. DAWSON is currently assigned at Fort Sill, Oklahoma./e After teaching at the United States Military Academy, he attended the Army's Command and General Staff College in Kansas. 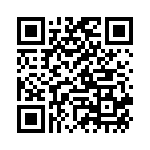