Page 149
The Arte dei Mercanti with this work , which the public saw only later , was open
figures at di Calimala , the guild of the merchant bankers , gave him to painters of
frescoes in the Chiostro Verde ( green Or San another commission , around ...
Page 152
... conventional types come an almost magical evocation of reality in an imagand
frontal or rigid figures — could be used as an equiva inary space , as in heads of
Diego and figures after his lent for the force of reality . wife Annette ( 1952–58 ) ...
Page 160
( 1969 ) , a critical study by a specialist cept for fragments that contain faint
outlines of figures . on Gide ; JUSTIN O'BRIEN , Portrait of André Gide ( 1963 ) ;
Aside from the works mentioned in specific documents , ENID STARKIE , André
Gide ... 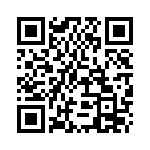