My first contact with the most known satanical Romantic poet hasn’t disappointed. Lord Byron emerges in his poems as the immensely popular hero, defiant, melancholy, haunted by secret guilt, the ... Read full review

A marvellous tome. Substantial (if not comprehensive), there's enough of Byron's work here to satisfy almost any taste. From scurrilous and subversive to majestic and epic, Byron's poetry is at times arrogant - however this arrogance is based on a very real talent. Delightful. Read full review

George Gordon Byron was born on January 22, 1788 and he inherited the barony in 1798. He went to school in Dulwich, and then in 1801 to Harrow. In 1805 he went up to Trinity College, Cambridge, later gaining a reputation in London for his startling good looks and extravagant behavior. His first collection of poems, Hours of Idleness (1807), was not well received, but with the publication of the first two cantos of Childe Harold's Pilgrimage (1812) he became famous overnight and increased this fame with a series of wildly popular 'Eastern Tales'. In 1815 he married the heiress Annabella Milbanke, but they were separated after a year. Byron shocked society by the rumored relationship with his half-sister, Augusta, and in 1816 he left England forever. He eventually settled in Italy, where he lived for some time with Teresa, Contessa Guiccioli. He supported Italian revolutionary movements and in 1823 he left for Greece to fight in its struggle for independence, but he contracted a fever and died at Missolonghi in 1824.

Byron's contemporary popularity was based first on Childe Harold and the 'Tales', and then on Don Juan (1819-24), his most sophisticated and accomplished writing. He was one of the strongest exemplars of the Romantic movement, and the Byronic hero was a prototype widely imitated in European and American literature.

Susan J. Wolfson is professor of English at Princeton University.

Susan J. Wolfson is professor of English at Princeton University.

Peter J. Manning is chair and professor of English at SUNY Stony Brook.

Peter J. Manning is chair and professor of English at SUNY Stony Brook. 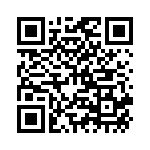