Page 171 - And Pharaoh's daughter said unto her, Take this child away, and nurse it for me, and I will give thee thy wages. And the woman took the child, and nursed it. And the child grew, and she brought him unto Pharaoh's daughter, and he became her son. And she called his name Moses: and she said, Because I drew him out of the water.
Appears in 380 books from 1802-2008
Page 175 - And Moses stretched forth his hand over the sea, and the sea returned to his strength when the morning appeared; and the Egyptians fled against it; and the Lord overthrew the Egyptians in the midst of the sea.
Appears in 493 books from 1730-2008
More
Page 174 - And it was told the king of Egypt that the people fled ; and the heart of Pharaoh and of his servants was turned against the people, and they said, Why have we done this, that we have let Israel go from serving us...
Appears in 358 books from 1715-2008
Page 174 - And he took six hundred chosen chariots, and all the chariots of Egypt, and captains over every one of them.
Appears in 349 books from 1705-2008
Page 208 - When, in the course of development, class distinctions have disappeared, and all production has been concentrated in the hands of a vast association of the whole nation, the public power will lose its political character.
Appears in 402 books from 1900-2008
Page 175 - And Moses stretched out his hand over the sea; and the LORD caused the sea to go back by a strong east wind all that night, and made the sea dry land, and the waters were divided. And the children of Israel went into the midst of the sea upon the dry ground : and the waters were a wall unto them on their right hand, and on their left.
Appears in 775 books from 1730-2008
Page 171 - And there went a man of the house of Levi, and took to wife a daughter of Levi. And the woman conceived, and bare a son : and when she saw him that he was a goodly child, she hid him three months.
Appears in 354 books from 1782-2007
Page 208 - In place of the old bourgeois society, with its classes and class antagonisms, we shall have an association, in which the free development of each is the condition for the free development of all.
Appears in 937 books from 1886-2008
Page 190 - Arise, my love, my fair one, and come away; for lo, the winter is past, the rain is over and gone. The flowers appear on the earth, the time of singing has come, and the voice of the turtledove is heard in our land.
Appears in 219 books from 1828-2008
Page 208 - For out of Zion shall go forth the law, and the word of the LORD from Jerusalem. He shall judge between the nations, and rebuke many people; they shall beat their swords into plowshares, and their spears into pruning hooks; nation shall not lift up sword against nation, neither shall they learn war anymore.
Appears in 140 books from 1844-2008
Less

DAVID P. SHULDINER holds appointments as Humanities Program Coordinator with the State of Connecticut, Department of Social Services, Elderly Services Division, as Adjunct Faculty in the School of Family Studies, University of Connecticut, and in the Gerontology Program at St. Joseph College, and has taught folklore at Trinity College. He is co-editor of the Journal of Applied Folklore and the author of Aging Political Activists: Personal Narratives from the Old Left (Praeger, 1995) and Folklore, Culture, and Aging: A Research Guide (Greenwood, 1997). 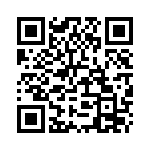