Page 684
But it is meant to be seen, as is most other Baroque sculpture, from one primary
point of view. Bernini presents us with "the moment" of action, not just the
contemplation of the killing — as in Michelangelo's work — or the aftermath of it,
as in ...
Page 692
The canvas on which he is painting is large, and nothing of what he paints can be
seen because only the back part is visible. Velazquez proved his great genius
because of the clever way in which he reveals the subject of what he is painting.
Page 729
The hole acts as a primitive lens and a scene from outside the box can be seen,
inverted, inside it. It is not suggested here that Yermeer copied such scenes, but
he may have been inspired by them. Such scenes have a sparkling quality, often
...

I love this edition of Jansons book! The quality of the book itself binding paper print and illustrations are what a book dedicated to beauty should be. Read full review

53 other sections not shown

While other collectors of English folk tales rewrote or left out the crude language of the originals, Joseph Jacobs brought the vigor of colloquial English into his folk tale collections, and such memorable phrases as Fee-fi-fo-fum and chinny chin chin remain the strength of his contributions. Jacobs was born in Sydney, Australia, and emigrated to England to attend Cambridge University. His interests at Cambridge were very broad and included history, literature, anthropology, and philosophy. After graduating in 1876, he pursued a full and varied career, writing many essays for various periodicals including a famous series in 1882 on the Russian persecutions of the Jews. Jacobs also made his influence felt as a Jew by editing the first issues of The Jewish Yearbook (1896--99) and serving as president of the Jewish Historical Society. He also edited The Jewish Encyclopedia and, in this capacity, came to the United States in 1900, remaining here for the rest of his life. He later served as professor of English at the Jewish Theological Seminary in New York City. Jacob's interest in folklore grew out of his studies in anthropology. From 1890 to 1893, he edited Folk Lore, a British journal on the subject. He also edited the Arabian Nights and Aesop's Fables and produced a series of fairy tale books that placed him in a position much like that of his American contemporary, Andrew Lang. These fairy tale collections were the result of regular research in folklore, literature, anthropology, and other fields, and they are, perhaps, the works for which he is best remembered today. Jacobs is praised for translating the preliterary experience of storytelling into literary form while maintaining the rhythms and "feel" of the storytellers of old. He is also noted as being the first writer to prepare folk tales specifically for an audience of children, thus avoiding the more pedantic approach of many other folklorists. 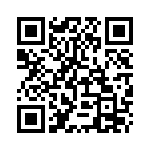