Judy Jo Small is a professor of English emeritus at North Carolina State University. She is also the author of A Reader’s Guide to the Short Stories of Sherwood Anderson. 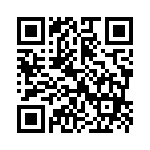