An interesting survey of how the Roman Republic has inspired western political thought from antiquity to the Renaissance and the American revolution. As an accomplished historian of Rome, the author ... Read full review

Fergus Millar is Camden Professor of Ancient History at Oxford. A leading scholar of the Roman Republic and Empire, his books include The Crowd in Rome in the Late Republic (1998), The Roman Near East, 31 BC-AD 337 (1993), The Emperor in the Roman World, 31 BC-AD 337 (second edition, 1992), and several edited collections. 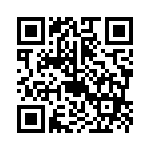