Page 356
Among the relatively small population of the state, a number of ethnic groups of
significant size are identifiable. Most of the remaining 4,000 members of the
original American Indian population of the area live on state reservations.
Page 373
The population of West Malaysia also includes small numbers of Europeans,
Americans, Eurasians, Arabs, and Thai. West Malaysian demography. Vital
statistics of West Malaysia indicate several trends in health and sanitation
conditions.
Page 374
Population density of Malaysia. composed of such indigenous peoples as the
Brunei Malay, Kedayan, Orang Sungei, Bisaya, Sulu, Tidong, and Sino-native.
Europeans, Eurasians, Malay, Indonesians, Filipinos, and Indians and Pakistanis
... 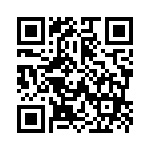