Page 1
A NUMBER of the delegates, chosen and appointed by the several colonies and
provinces in North-America, to meet and hold a Congress at Philadelphia,
assembled at the Carpenter's Hall: PRESENT: From NEw-HAMPSHIRE : JMajor
John ...
Page 2
PROVINCE OF NEW-HAMPSHIRE : At a meeting of the deputies appointed by
the several towns in this province, held at Exeter, in the county of Rockingham,
21st July, 1774, for the election of delegates, on behalf of this province, to join the
...
Page 5
Joseph Galloway, speaker; Samuel Rhoads, Thomas Mifflin, Charles Humphreys
, John Morton, George Ross, and Edward Biddle, esqrs, be and they are hereby
appointed a committee, on the part of this province, for the purposes aforesaid, ...
Page 6
MARYLAND : At a meeting of the committees appointed by the several counties
of the province of Maryland, at the city of Annapolis, the 22d day of June, 1774,
and continued by adjournment, from day to day, till the 25th of the same month: ...
Page 7
The Congress, resuming the consideration of rules of conduct to be observed in
debating and determining the questions, that come under consideration,
Resolved, #. in determining questions in this Congress, each colony or province
shall ...
Next »

Excellent Tool for Genealogy
This is an excellent tool for anyone who is interested in early American History, or who needs to research a Patriot ancestor, who served during the American Revolution in Pennsylvania. For example, by my knowing that my eighth Great Grandfather was from Bedford (now Somerset) County, Pennsylvania and had served, along with the ability to search for text within the book I discovered that along with being a Lt. Col, he was also the first Judge to serve beyond the Alleghany Mountains, and that he was present at the seige of Boston, and that he fought at the Battle of Germantown and was present at Cornwallis' surrender at Yorktown. I highly recommend this important set of records. 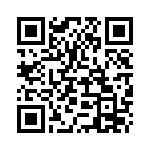