Page 9
During the great battle in France , we gave very powerful and continuous aid to the French Army both by fighters and bombers , but in spite of every kind of pressure we never would allow the entire Metropolitan strength of the Air Force ...
Page 13
2 England expects Introduction Having told you of Winston Churchill's call to arms , I would remind you of Lord Nelson's equally famous call to the fleet at the battle of Trafalgar : England expects that every man will do his duty .
Page 251
... 47-48 Lyme Regis Monmouth lands at , 60–61 Naseby , battle of , 40 National Government , 2 Neave , Airey story of Calais , 3 Nelson , Lord battle of Trafalgar , at , 13–16 death , 16 prayer , 14 will , 14 Nelthorpe , Richard flight ... 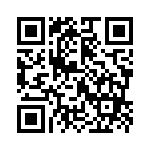