Donna Gholson Cook was born in San Angelo, Texas, with Texas roots six generations deep. Her love of the history of the Old West was fueled by family stories about her great-grandfather, one of the first Texas Rangers. Spare time in her teenage years was spent reading western books and riding horses. Her spare time in recent years has been used to research her Gholson ancestors, who were not only among the first Texas colonists, but the first American colonists as well, crossing paths with many famous Americans in their journey. GHOLSON ROAD will give the reader a glimpse into the lives of some of the Americans who fought to create this great nation and to maintain our freedom. 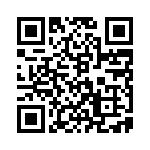