MICHAEL P. CLARK is Associate Executive Vice Chancellor for Academic Planning and Professor of English and Comparative Literature at the University of California, Irvine. 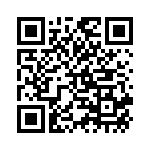