A few things to preface this review: the book is older, with this edition published in 1990. It's also intended as a college textbook or scholarly resource. That said, it wasn't a terrible or slow ... Read full review

Historian Roger Daniels has written numerous books, mostly on immigration history and Japanese-American internment during World War II. He was past president of the Society for Historians of the Gilded Age and Progressive Era and the Immigration History Society. He served as a consultant to the Presidential Commission on the Wartime Relocation and Internment of Civilians and on the planning committee for the Immigration Museum on Ellis Island. He has also worked with the National Park Service on historic sites and as a historical consultant for many television programs. As a Fulbright Professor he taught at five universities in Europe and two universities in Canada. His last position was at the University of Cincinnati. Even in retirement, he continues to write, edit, and guest lecture. 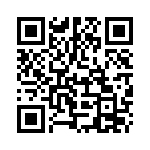