John Locke (29 August 1632 - 28 October 1704), was an English philosopher and physician regarded as one of the most influential of Enlightenment thinkers and known as the "Father of Classical Liberalism." Considered one of the first of the British empiricists, following the tradition of Francis Bacon, he is equally important to social contract theory. His work greatly affected the development of epistemology and political philosophy. His writings influenced Voltaire and Rousseau, many Scottish Enlightenment thinkers, as well as the American revolutionaries. His contributions to classical republicanism and liberal theory are reflected in the United States Declaration of Independence. 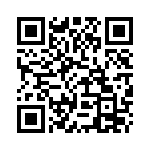