Page 364
... out from the vehicle , and , received by the servants , entered the front doorway
; a young man , in a shaggy overcoat , with a bear - skin cap on his head , then
led the horses with the carriage round to an outhouse at the back of the lodge .
Page 471
exacted a promise from Arthur and Clinton that their marriage ceremonies should
be solemnised by no other than himself , and in no other place than the lodge .
Both the young men argued in favour of Rougemont , for both had the ill - fated ...
Page 678
On the banks of the stream which , below the lodge , flowed through the middle of
the valley , appeared a lively , bustling village , which boasted of its markets twice
a week , its stores and dairies , its tailor's shop , its milliner's shop , tavern , and ... 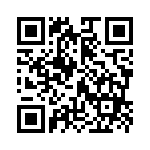