Page 44
Great Britain has , therefore , necessarily acquired lands “ by hook or by crook ” in
any part of the world , as the United States has acquired land adjoining her by
just the same means . Our Indian treaties and subsidies , our Mexican war ,
would ...
Page 105
We hear of huge industrial combinations on land and sea , but the combination of
forty - five states , some of them larger than the United Kingdom , forming the
American Union , which promises soon to equal Europe in the production of
many ...
Page 140
We find another ominous contrast in the land question , a serious problem indeed
, in Britain , with its ancient primogeniture and entail , of which no trace is found in
any of the new lands , the general custom there being to follow the law which ... 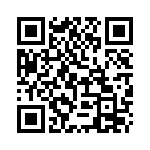