"When the future historian shall address himself to the task of portraying the rise, progress, and decline of the American Union, the year 1850 will arrest his attention, as denoting and presenting the first marshalling and arraying of those hostile forces and opposing elements which resulted in dissolution ; and the world will have another illustration of the great truth, that forms and modes of government, however correct in theory, are only valuable as they conduce to the great ends of all government—the peace, quiet, and conscious security of the governed."
Thirty Years' View (of 1820 to 1850) is a very readable history of the rise and fall (yes, fall) of the United States for which Thomas Jefferson composed the Declaration of Independence.
Senator Benton in his own words:--
"The View which I proposed to take of the Thirty Years’ working of the federal government during the time that I was a part of it—a task undertaken for a useful purpose, and faithfully executed, whether the object of the undertaking has been attained or not. The preservation of what good and wise men gave us, has been the object ; and for that purpose it has been a duty of necessity to show the evil, as well as the good, that I have seen, both of men and measures. The good, I have exultingly exhibited ! happy to show it, for the admiration and imitation of posterity : the evil, I have stintedly exposed, only for correction, and for the warning example.
"I have seen the capacity of the people for self-government tried at many points, and always found equal to the demands of the occasion. Two other trials, now going on, remain to be decided to settle the question of that capacity.
1. The election of President ! and whether that election is to be governed by the virtue and intelligence of the people, or to become the spoil of intrigue and corruption ?
2. The sentiment of political nationality ! and whether it is to remain co-extensive with the Union, leading to harmony and fraternity ; or, divide into sectionalism, ending in hate, alienation, separation and civil war ?
"An irresponsible body (chiefly self-constituted, and mainly dominated by professional office-seekers and office-holders) have usurped the election of President (for the nomination is the election, so far as the party is concerned) ; and always making it with a view to their own profit in the monopoly of office and plunder.
"A sectional question now divides the Union ; arraying one-half against the other, becoming more exasperated daily—which already destroyed the benefits of the Union, and which, unless checked, will also destroy its form.
"Confederate republics are short-lived—the shortest in the whole family of governments. Two diseases beset them—corrupt election of the chief magistrate, when elective ; sectional contention, when interest or ambition are at issue. Our confederacy is now laboring under both diseases : and the body of the people, now as always, remain unconscious of the danger—and even become instruments in the hands of their destroyers.
"If what is written in these chapters shall contribute to open their eyes to these dangers, and rouse them to the resumption of their electoral privileges and the suppression of sectional contention, then this View will not have been written in vain. If not, the writer will still have one consolation—the knowledge of the fact that he has labored in his day and generation, to preserve and perpetuate the blessings of that Union and self-government which wise and good men gave us."
Please read chapters of the book here:--
http://www.yamaguchy.com/library/uregina/speeches.html

Page 18 - I must go into the presidential chair the inflexible and uncompromising opponent of every attempt, on the part of Congress, to abolish slavery in the District of Columbia, against the wishes of the slaveholding states ; and also with a determination equally decided to resist the slightest interference with it in the states where it exists.
Appears in 191 books from 1828-2008
Page 432 - It is agreed that the United States and her Britannic Majesty shall, upon mutual requisitions by them, or their ministers, officers, or authorities, respectively made, deliver up to justice all persons who, being charged with the crime of murder...
Appears in 186 books from 1834-2002
More
Page 343 - That a committee of three on the part of the senate and five on the part of the house...
Appears in 165 books from 1776-2005
Page 371 - The stamping of paper is an operation so much easier than the laying of taxes, that a government in the practice of paper emissions, would rarely fail, in any such emergency, to indulge itself too far in the employment of that resource, to avoid as much as possible one less auspicious to present popularity.
Appears in 71 books from 1825-2007
Page 161 - No title of nobility shall be granted by the United States: And no person holding any office of profit or trust under them, shall, without the consent of Congress, accept of any present, emolument, office, or title, of any kind whatever, from any king, prince or foreign state.
Appears in 225 books from 1804-2007
Page 142 - And, like a notorious agitator upon another theatre, they would hunt down and proscribe from the pale of civilized society, the inhabitants of that entire section.
Appears in 60 books from 1820-2007
Page 393 - Wherefore I, the said notary, at the request aforesaid, have protested, and by these presents do solemnly protest, as well against the...
Appears in 77 books from 1813-2002
Page 18 - I submitted also to my fellow-citizens, with fulness and frankness, the reasons which led me to this determination. The result authorizes me to believe that they have been approved, and are confided in by a majority of the people of the United States, including those whom they most immediately affect. It now only remains to add, that no bill conflicting with these views can ever receive my constitutional sanction.
Appears in 74 books from 1828-2007
Page 68 - March last, and it has now no power but that given in the 21st section, to use " the corporate name, style, and capacity, for the purpose of suits for the final settlement and liquidation of the affairs and accounts of the corporation, and for the sale and disposition of their estate, real, personal, and mixed, but not for any other purpose or in any other manner whatsoever, nor for a period exceeding two years after the expiration of the said term of
Appears in 114 books from 1800-2007
Page 306 - Entertaining the opinions alluded to, and having taken this oath, the Senate and the country will see that I could not give my sanction to a measure of the character described, without surrendering all claim to the respect of honorable men — all confidence on the part of the people— all...
Appears in 41 books from 1841-2006
Less 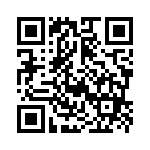