FOUNDING FAITH: Providence, Politics, and the Birth of Religious Freedom in America

A sophisticated discussion of the role of religion in the American Republic's early years.Waldman, co-founder and editor-in-chief of the religion website Beliefnet.com, offers a book sure to displease ... Read full review

Founding faith: providence, politics, and the birth of religious freedom in America

Beliefnet.comThe Founders on God and Government or Jon Meacham's American Gospel: God, the Founding Fathers, and the Making of a Nation will find a similar approach here. What makes this a priority ... Read full review

Steven Waldman is co-founder, CEO, and editor in chief of Beliefnet.com, the largest faith and spirituality website. Previously, Waldman was the national editor of U.S. News & World Report and a national correspondent for Newsweek. His writings have also appeared in The Atlantic, The Washington Post, The New York Times, Slate, The Washington Monthly, National Review, and elsewhere. He appears frequently on television and radio to discuss religion and politics. He is also the author of The Bill, a book about the creation of AmeriCorps. Waldman lives in New York with his wife, the writer Amy Cunningham, and their children, Joseph and Gordon. 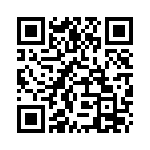