Page 17
( 2 ) Proto - Indo - European d and g , as in Latin decem and genus , became ProtoGermanic t and k , as in English “ ten ” and “ kin .
Page 27
Information about the language is derived from runic inscriptions , which became more abundant after the creation of the short runic futhark about AD 800 ...
Page 29
Diphthongs became long vowels in Danish and Swedish in the 10th century . Short low umlauted vowels coalesced with neighbouring vowels ( ć became e ... 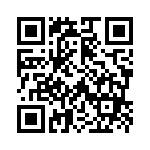