Page 283
The Northern Mariana Islands , a self - governing commonwealth in political
union with the United States , is composed of 22 islands and islets in the ... The
Northern Marianas has a land area of 184 square miles ( 477 square kilometres )
.
Page 284
Mariana of Austria , the regent of Spain , financed his Territory of the Pacific
Islands granted to the United States mission , and he renamed the islands the
Marianas in her by the United Nations in 1947 , the Northern Marianas honour .
Page 285
Babelthuap , the largest island ( 153 square miles ) , ination of the Marianas
complete . The larger islands of is volcanic , mainly andesite , and is bounded by
thick Saipan , Tinian , Rota , Pagan , and Agrihan , along with mangrove forests ...

53 other sections not shown 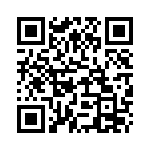