Page 40
Situated on the south bank of the Huang Ho (Yellow River), just below its
confluence with the Wei River where the Huang bends to the east, it is opposite
the town of Feng-ling-tu in Shansi Province. It is located in an extremely narrow
and ...
Page 57
Turkey is bordered to the north by the Black Sea, to the east by Georgia, Armenia,
and Iran, to the south by Iraq, Syria, and the Mediterranean Sea, and to the west
by the Aegean Sea, Greece, and Bulgaria. The Asian part of Turkey, which is ...
Page 61
Turkistan, also spelled turkestan, in Asian history, the regions of Central Asia
lying between Siberia on the north; Tibet, India, Afghanistan, and Iran on the
south; the Gobi (desert) on the east; and the Caspian Sea on the west. The term
was ... 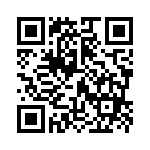